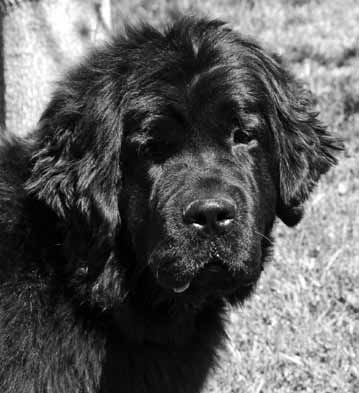 As a quick review, Penny had surgery at Ohio State Veterinary Medical Center in September 2011. Her five weeks post-surgery cardiac ultrasound with her cardiolo- gist, Dr. Brian Scansen, showed that the left side of her heart had slightly decreased in size making her overall heart size small- er. e pressure going through the aortic valve was still dramatically reduced—from 165 mmHg before surgery, to 78 mmHg after surgery. With this information, she was cleared to be a normal Newie puppy over the winter.

In March 2012, she had a six-month follow-up with Dr. Scansen. e Doppler results showed that the pressure in her heart had a mild increase to roughly 90 mmHg, and her left atrial chamber was slightly larger (though less than the original evaluation) with the left ventricular function remaining normal. The good news was that these changes would not be abnormal for the expected growth of a giant breed puppy. She weighed in at 97 pounds this visit, compared with 76 pounds in October 2011, a big increase when measuring the heart size in millimeters. To help her adjust to this change, her Atenolol was increased, from one tablet twice a day to one and a half tablets twice a day, and she was to be monitored for any symptoms of lethargy, fainting, or off-behavior.

After some serious discussion and weighing all the possibilities, Dr. Scansen cautiously cleared Penny to be spayed, which was successfully completed by Dr. Joe D’Amico at Waynesville Veterinary Hospital. Before surgery, Penny was started on antibiotics and continued for seven days post-op, to decrease opportunity for infection. For the actual spay, an opiate was used for pre-medication, Propofol for induction, and a low amount of gas anesthesia. Blood pressure and heart rhythm was monitored throughout the procedure and aggressive fluid administration during anesthesia was avoided. Initially her response to the anesthesia lowered her heart rate, but adjustments were made, and she stabilized throughout the rest of the procedure with a flawless recovery. 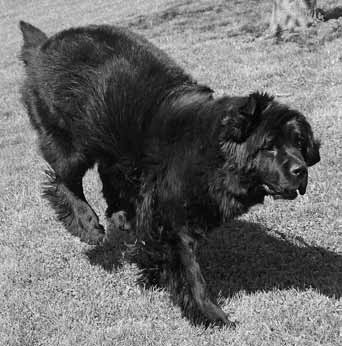 In August 2012, Dr. Scansen contacted us and said that Dr. Mandi Kleman from the University of Florida would be including Penny’s data in the Cutting Balloon Valvuloplasty study, making her the only Newfoundland to be a part of the study. He asked that we bring her to Ohio State in mid to late September for a recheck echo to see where things stood, and to keep up with the one-year follow- up data in the study.

At the September 2012 follow-up, Dr. Scansen found that the left atrial size was again up slightly at 53mm, from 48mm at her last check. Her left ventricular internal dimensions were unchanged at 52mm in diastole and 40mm in systole. The gradient was now roughly 104mmHg, which is up from 90mmHg last March. Therefore, there is concern but the good news was that the lower portion of her heart was the same and the stricture area was not changed. It is uncertain what the definitive reason is for the upper part of her heart to be larger, so it is something to be aware of and to monitor for any signs of fainting, coughing, shortness of breath, or lethargy.

Given this is a new area of study, we are guardedly optimistic. Penny is a big girl and is now 103.6 pounds but thin, close to 28 inches tall, and has filled out nicely. Given that she is now roughly 22 months old, she is past the major growth phase for Newfoundlands so we are hopeful that the changes in her heart will now level out. We will wait some more and let Penny be her naughty self, without a care in the world! Dr. Scansen will recheck her again in nine to 12 months, unless something unforeseen occurs. Clinically she’s doing well, and it is exciting to be included in such an important study. We hope the information will help other dogs with this horrible condition. 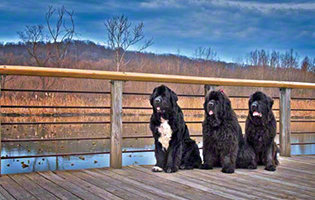 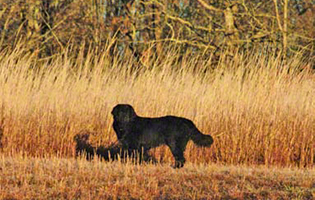