2006: Dr. Marjorie Knoll and Dr. John Kable from Airpark Animal Hospital, Westminster, MD. Dr. Knoll and Dr. Kable have had extensive experience caring for our breed. The focus of the seminar will be the special needs of our senior Newfs.

2008: Janet Wojciechowski DVM, a Diplomat of the American College of Veterinary Dermatology, with the Animal Allergy and Dermatology Clinic and an Assistant Clinical Professor at Tufts University, will discuss the most up-to-date information on allergies, their treatment and what we, as owners can do to help a dermatologist diagnose skin problems our dogs may encounter.

2012: Preventing ACLs: The Functional Neurology Approach by Dr. Sue Ann Lesse. Dr. Lesser has been a practicing veterinarian since 1981. She worked on horses exclusively for about 10 years in New Mexico, New York and New Jersey until her practice “went to the dogs.” Since 1992, she has had an exclusively canine VSMT (animal chiropractic) practice in Connecticut, New York, New Jersey, Pennsylvania, and Maryland, where she adjusts about 500 dogs per month. She has adjusted five members of the World Agility Team over the years, two Westminster Kennel winners, multiple National Obedience Invitational competitors, including two finalists and one two-time winner, and multiple breed champions, OTChs, and MAChs. Dr. Lesser’s practice is 95 percent Performance Dogs. Dr. Lesser received her Certification in Animal Chiropractic in February 1991, from the American Veterinary Chiropractic Association (AVCA), also serving from that time until February, 1996 as a member of the teaching staff. In 1993, she was named Instructor of the Year by that organization and in November 1995, completed the requirements for the Diplomat Certificate in Animal Chiropractic, the highest degree in this discipline from the AVCA. During her tenure with the AVCA, Dr. Lesser lectured extensively on animal chiropractic to professional audiences in the United States, Australia and Canada. In 1995, she was profiled in Sports Illustrated, on CBS This Morning, and In Your Interest, a Long Island television program, for her work in the field of animal chiropractic. She also lectured on animal chiropractic to various non-professional equine organiza13 tions and kennel clubs, finding non-professional audiences to be far more engaging than doctors.

2013: The Health and Longevity committee presented an educational talk by veterinary cardiologist, Dr. Joshua Stern DVM, DACVIM, of North Carolina State University. Dr Stern’s lab focuses on the genetic causes of cardiac disease in dogs and cats. The Newfoundland Charitable Trust funded a portion of the study on locating the causative gene for subaortic stenosis in Newfoundlands, Golden Retrievers, and Rottweilers. This is for pet owners and breeders alike and will focus on Subaortic Stenosis, how to diagnose, and possible future genetic tests. Watch the video of the presentation.

2014: Cranial Cruciate Ligament Research by Gina Bertocci, Ph.D,  endowed Chair in Biomechanics, and Professor of Bioengineering, Mechanical Engineering, and Pediatrics at the University of Louisville. Dr Bertocci is developing a canine stifle computermodel for evaluation of cranial cruciate ligament deficiency. Her research has been supported by the Research Advisory Committee of the Newfoundland Club of America. Her research,  was funded in part by the NCA Charitable Trust.

2017: STRUCTURE IN ACTION!! This seminar is an important learning tool for all breeders and owners interested in all aspects of canine structure including conformation, obedience, draft, water work, agility, or any dog sport. Dr Wendy Wallace, DVM, CVA Wendy Wallace, DVM, developed a special interest in Chiropratic and Traditional Chinese Veterinary medicine. Wendy loves integrating Western and Eastern medicine along with chiropractic to heal her patients and is well known for her thoughtful diagnosis, successful treatment, as well as management of canine athletes. Wendy is also co-author of the award winning Structure in Action with Pat Hastings. 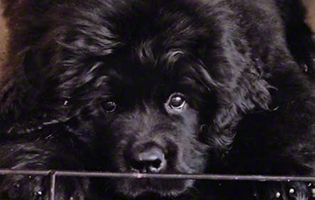 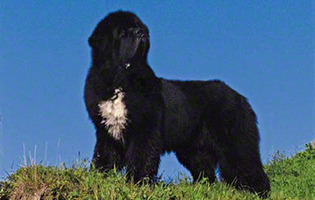